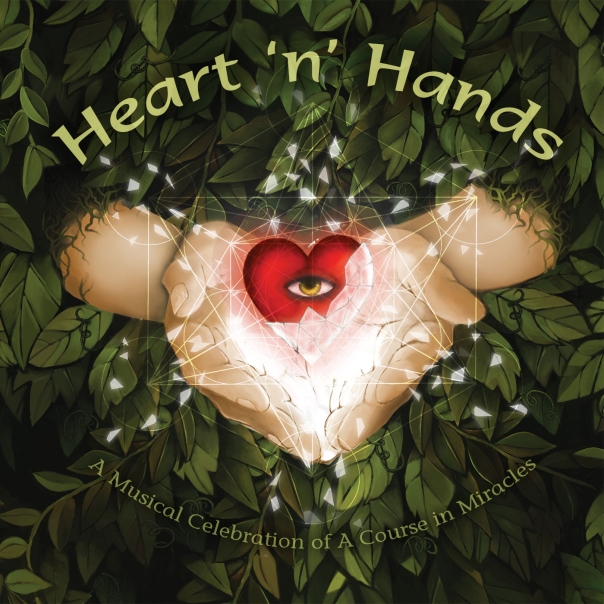 “Prescription For Anxiety, Depression and Fear: Listen to Heart ‘n’ Hands daily while sitting peacefully with eyes closed. Repeat until symptoms disappear. These songs have changed my life. The lyrics are important teachings taken from The Course in Miracles (ACIM), brilliantly put to music, making them even more inspiring and etched into my consciousness. They are sung from Allowah’s heart to yours, and you will recognize their truth when you hear them. These powerful songs are replete with Allowah’s passion, strength, transcendence, love, and strong desire to be only Truly Helpful. I love how these songs remind me every day to choose love rather than fear. As the melodies run thru my mind, the authenticity of these enlightened words fill my heart with love, joy and peace. This is more than a CD, it is a heartfelt connection to the love and wisdom of Christ Consciousness. Like The Course itself, it offers the possibility of personal transformation. It’s all about the precious journey of becoming peace, forgiveness and unconditional love. I believe these songs were divinely inspired. Listen to them, and know All is Well.”

Who Am I? Yoga, Psychedelics and the Quest for Enlightenment,

Far more than a mere history of the practice of yoga and beyond a study of psychedelic-substance use to aid the pursuit of enlightenment, Who Am I? is a broad, expansive journey told through the eyes of a scholar and researcher—a pilgrim in search of the meaning of life.

While the use of psychedelics, yoga, and the interrelatedness of the two practices have been discussed in the past, Who Am I? explores these topics through both a scientific and a personal approach that is altogether new—the author’s own journey as he transitions from spiritual and yoga purist to open-minded examiner in the realization that psychedelics have been employed by yoga practitioners throughout its history. Does their controversial use in modern yoga ease the path to spiritual clarity, or does it hinder it?

Many questions and barriers face contemporary seekers of truth in the areas of psychedelics, yoga, and general spirituality. In Who Am I?, author Allowah Lani provides guidance on how to find the personal answers that must come from within. 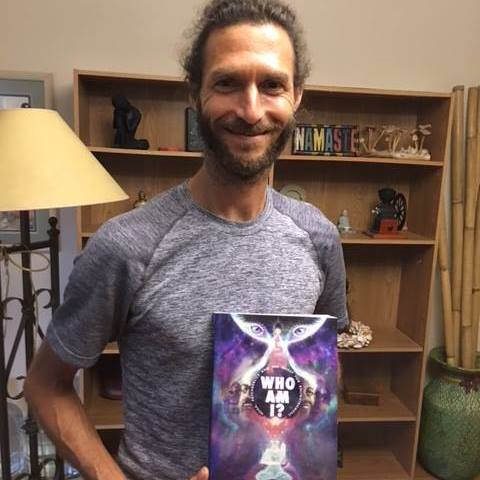 In the 1960s, recreational and irresponsible use of the psychedelic LSD led to the US government’s classification of it as a Schedule I drug (1966).   Up until that time, LSD has been the subject of much interest and study by scientists, artists, and musicians, who were considering its potential in medicine and the arts.

Drs. Timothy Leary and Richard Alpert began studying LSD after being forced to resign from Harvard in 1963. While Dr. Leary infamously became “The High Priest of LSD” and was a proponent of LSD for the rest of his life, Dr. Alpert went to India in the late Sixties, found a guru, Neem Karoli Baba, and became Baba Ram Dass.

In 1971 Alpert, now as Ram Dass, published “Be Here Now” in which he told the story of how he gave Neem Karoli Baba a very high dose of LSD and “nothing happened” — it had no visible affect on the guru. The message to the hippie baby boomers was that they no longer needed drugs to get high; yoga could do the same thing or better for them.

Be Here Now was a bestseller and a watershed moment in the Sixties countercultural movement. In reality, it was part of a shift that had already been happening since the banning of LSD, as the Beatles disillusionment with it a few years prior reflected.

Ram Dass’ book was published right around the time when the Nixon administration created the Drug Enforcement Agency and began the “War on Drugs.” As a result, the next generation, the so-called “Generation X,” grew up with many anti-drug messages such as Nancy Reagan’s “Just Say No” slogan. Many of the Baby Boomers were now seeking and finding ways to get “high” without use of psychedelic substances. Some found it through running, others yoga, meditation, music and chant, biofeedback, breathwork, shamanism, and any number of “alternative” modalities.

Taking their lead, Generation X came of age in a world in which the excesses of the previous generation had been tempered by age and wisdom. In the world of yoga, a world I was introduced to in the mid-Nineties, drug use was very much frowned upon. Why would you use drugs if yoga (or another “alternative” modality) could do the same thing or better for you? This is the question most of the new gurus from the East had been asking their devotees, the largest percentage of whom were the flower children. Yoga, they taught, is about independence from any external substance, whether it take the form of a pill, a dogma, or a government.

And this was the reigning sentiment in the yoga world for at least three decades. For the most part, yogis were not drug users; it was considered a contradiction in terms, antithetical to the whole yoga ethic and ethos of declaring one’s independence from external tools and methods. I intuitively felt the truth of this from the very beginning of my encounter with yoga.

Yoga also was supposedly preparing me to be prepared for anything, but nothing could prepare me for what was to come…

Since the early nineties, the Amazonian plant medicine known as ayahuasca (also, yagé; prounced “ya-hey”) has entered the world stage like no other psychoactive substance since LSD, becoming one of the most widely discussed and even celebrated psychedelics (aka “entheogens”) of this era.   In the last decade, ayahuasca seems to be teetering on the edge of mainstream status, if not already exactly a household term, having now been featured by such major media outlets as National Geographic, CNN, NPR, and even showing up in Hollywood films such as Wanderlust and While We’re Young.

In the yoga world, of which I have been a keen observer over the last 20 years, ayahuasca has definitely made its presence known. Based on my observations, there are as many Generation X yogis now who have tried ayahuasca as not, and a good percentage of those who have partaken have done it more than once. Certainly those of the older, Baby Boomer generation that I have approached about this have had mixed views, but more often than not, they have at least been somewhat sympathetic, if not actual participants. Some highly regarded yoga professionals have confided to me that they have used the Amazonian plant medicine in the tens and even hundreds of times, and not because it didn’t work the first time.   Mind you, these are some of the biggest names in the yoga world, with a considerable influence that would be difficult to estimate. (Others, like Grammy-nominated kirtan wallah Jai Uttal, whose wife is Brazilian, told me in an interview that he has turned down the invitation to ceremony many times; it’s not his path.)

To be sure, there is still considerable tension and debate about this in the wide world of yoga, as there is in the broader society where ayahuasca and other psychoactive substances are still illegal in most places. It’s not only the legal status that has created a kind of rift in opinion; again, it’s also the ever-present question as to whether a psychoactive substance could ever be fully embraced in a community that prides itself on self-reliance and to being to large extent anti-drug.

Growing up in the era of the War on Drugs and the son of a father of the Greatest Generation who was adamantly opposed to drugs and alcohol, I steered clear of all substances for the first 35 years of my life. About 10 years ago now, I cautiously began to explore various substances of which ayahuasca was only one, but the most significant for me. What I experienced from it was remarkable and very useful on my life’s journey. It was also somewhat terrifying and left me with a new set of questions and issues with which to confront.

My fascination led me to begin writing a book on the subject of “yoga and psychedelics,” as I continued to attend various ayahuasca ceremonies and speak with people about it, including elders and shamans. Nearly a decade later, I am about to publish my book, with the intention of inspiring greater awareness and a public dialogue on the issues involved, particularly in the yoga community. My sense is that because I equate yoga more broadly with “spirituality,” many people will find the book interesting as it touches on the most universal and fundamental issues that we all deal with, whether we do yoga or psychedelics, or not.

The book, “Who Am I? Yoga, Psychedelics & The Quest for Enlightenment” will be available on Amazon in early 2016.

“Window Into the Soul”

5) LA Weekly Report on Ayahuasca in Hollywood and Contemporary Music

7) Five Ayahuasca-related documentaries worth seeing: 1) Vine of the Soul; 2) DMT: The Spirit Molecule; 3) The Sacred Science; 4) Neurons to Nirvana; 5) Metamorphosis .

9) One of the best books on ayahuasca: Jeremy Narby’s The Cosmic Serpent.

10) My own most recent piece for Reality Sandwich: Yoga, Ayahuasca, & A Course in Miracles

Allowah is a yogi philosopher who currently resides primarily in Southwest Florida.   Over the past decade, he has written various pieces on the subject of yoga & plant sacraments (aka “psychedelics), most of which have been featured on the Reality Sandwich website.   He has a BA in Philosophy from the University of Pennsylvania, an MA in Liberal Arts, and is a registered yoga teacher through Yoga Alliance. He can be contacted at allowah13@gmail.com.